October 1, 2021
Biden and Mayorkas Usher in….  A Continuation of Nationalism, White Supremacy, Xenophobia, and Black and brown Policing 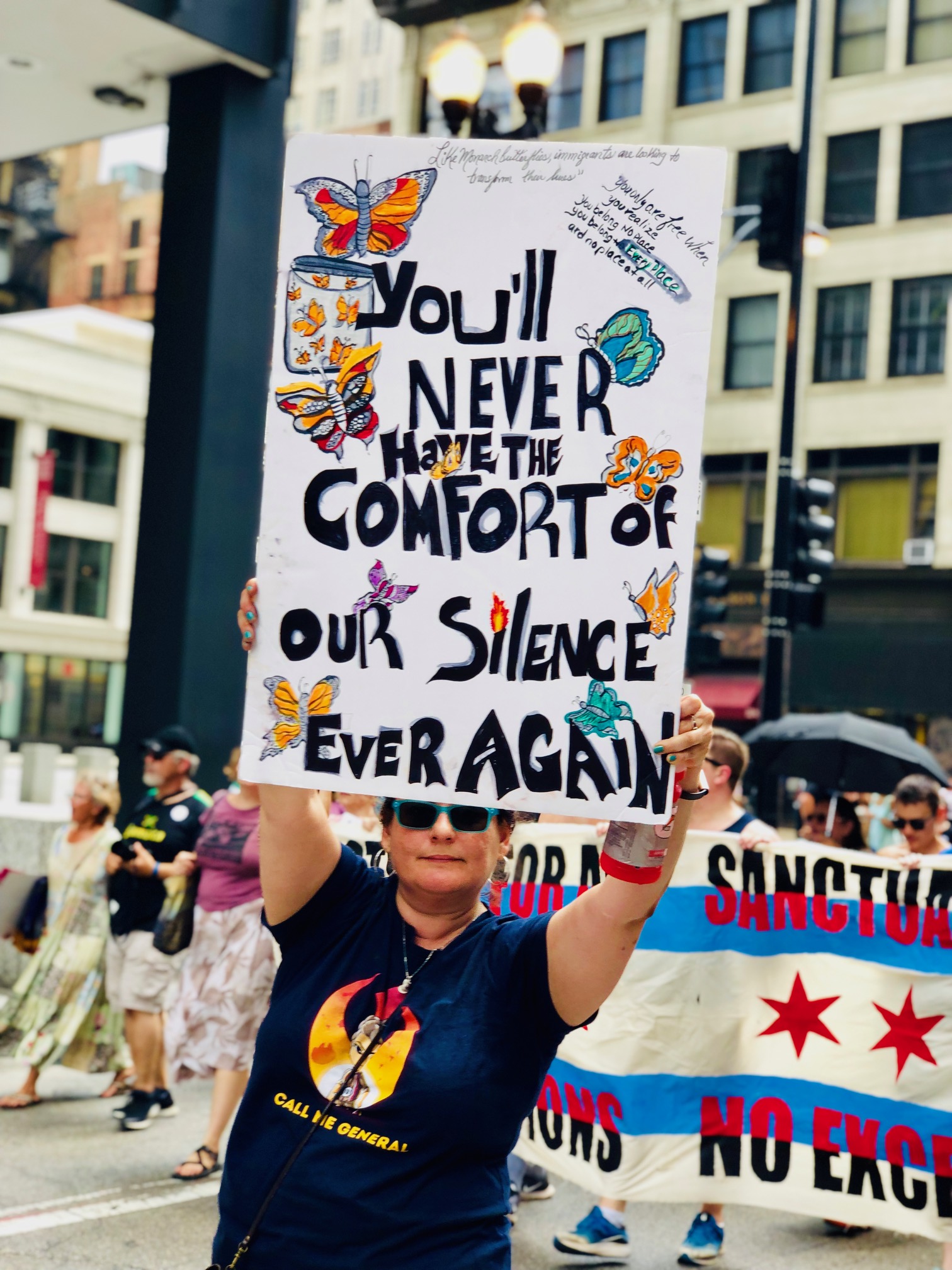 Yesterday the Department of Homeland Security (DHS) released the Biden administration's new priority enforcement memo, which they are naming the ‘Guidelines for the Enforcement of Civil Immigration Law’. This announcement which dictates who Immigration and Customs Enforcement (ICE) gets to target and prioritize for deportation is a reflection of a racist and xenophobic insitution seeking to instil a sense of national danger in order to justify indescrimate/subjective policing by DHS. Every administration has created a threat and redefined it to meet a nationalist vision. We see that with Title 42 and the surge in militarized Border Patrol agents sent to ensure denial of Haitian asylum seekers. This new memo creates the necessary vagueness to further push policing that denies safety for Black and brown people. In the words of Ruth Wilson Gilmore “the political culture of the United States is one that is based on the presumption of a perpetual enemy who must always be fought but who can never be vanquished.”

We cannot go back to the prosecutorial discretion memos brought to us by the Obama administration that only furthered the narrative of immigrants who are considered worthy vs. immigrants that are considered a threat; no one is disposable. Enforcement guidelines that prioritize folks with criminal records, terrorism accusations, and recent arrivals only serve the purpose of continuing the targeting and criminalization of members of our immigrant community.

In this memo Secretary Mayorkas makes a clear attempt to pander to liberals with a false sense of safety for immigrants that can be exploited and only be seen as worthy by their sacrifice to labor all while creating no accountability or recognizing how DHS/ICE itself is a violent institution meant to deport. Let's not overlook the fact that a date has been given to when a person becomes a national priority for deportation: a threat to border security is anyone that enters after November 1, 2020.

This memo makes it clear that ICE needs to be dismantled. Our liberation and ability to thrive depends on it. A toned-down version of an agency that exploits and disposes of Black and brown people will continue to lead to harm, family separation, and the instability of our communities.

We must continue to organize and demand for more actions that bring justice and safety to our communities. If we are to find liberation we must be ready to fight for those most criminalized and exploited. If we are to truly find liberation we must remember that the institution will not dismantle itself, it will only continue to attempt to justify itself while perpetrating harm.  ‍

Organized Communities Against Deportations will continue to exist to support those that defy their removal. We will continue to seek ways to disrupt the raids, the arrests by ICE and local enforcement. We shall continue to co-conspire at the local and federal level to demand a stop to all deportations. We are what we need!