June 18, 2020
Supreme Court Rules DACA Program Can Continue, Yet Some DACA Recipients Have Already Been Deported
For us at OCAD this moment is a reminder that the struggle for dignity and justice is far from over. 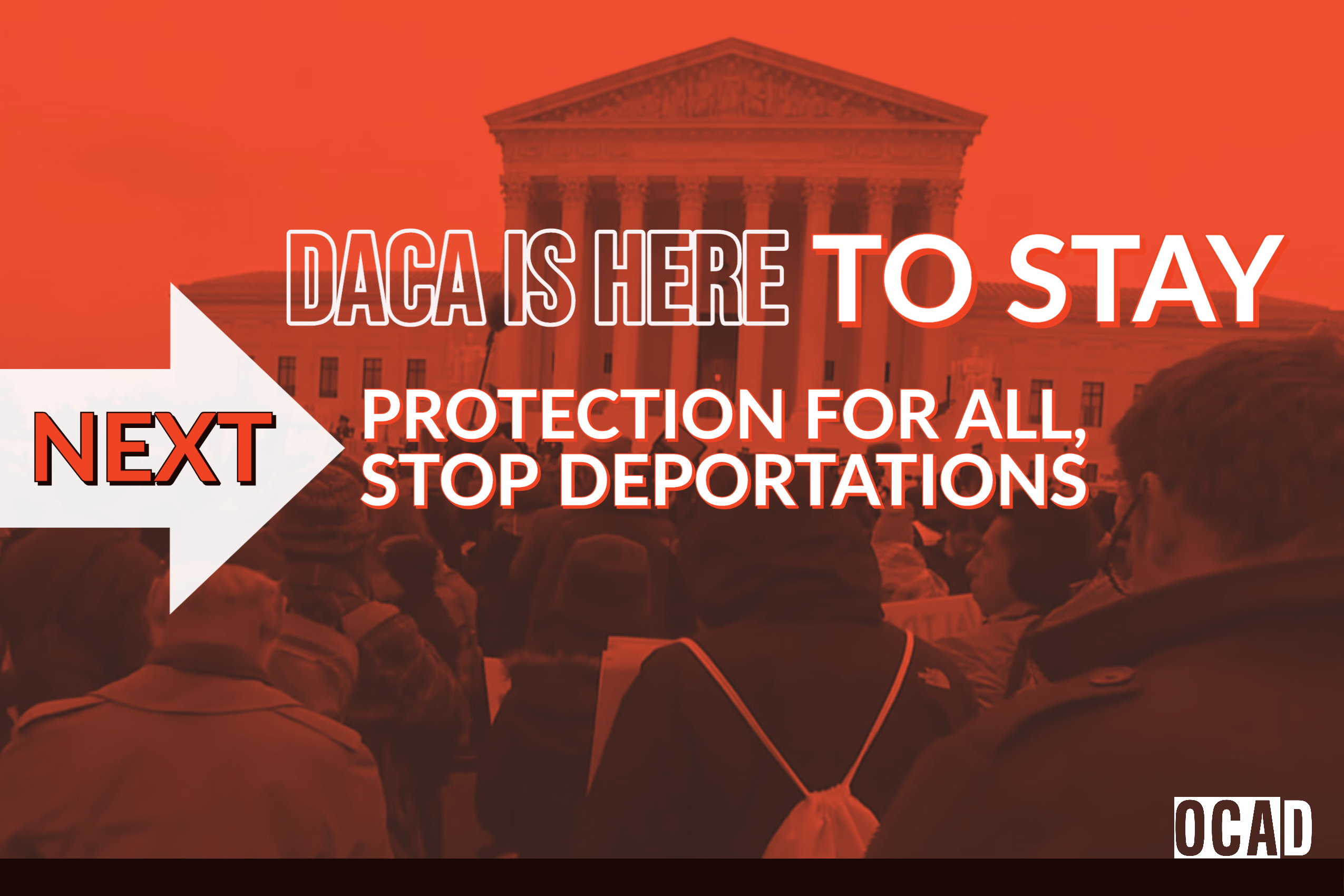 Chicago, IL - This morning the Supreme Court ruled 5-4 to keep DACA in place, rescinding the desires of the Trump administration to end DACA. In response to this announcement, Organized Communities Against Deportations, an undocumented-led organization fighting against the criminalization of immigrant and Black and brown communities, issued the following statement:

Today’s decision by the US Supreme Court brings relief to DACA recipients, their families, and communities. Knowing that DACA will remain in place is great news and we believe it is important to recognize that this decision was based on the fact that the administration's claims to end the program were too weak to rescind DACA and the reality of the overwhelming public support and movement work that has happened over the years to ensure DACA stays in place.

For DACA recipients this is a great victory and for many of us this is a reminder that the work continues and we are winning some battles. Unfortunately we have also lost DACA recipients to the reckless deportation machine. Jesus Alberto Lopez, also known as Beto, has a pending DACA application and despite his petition to USCIS, ICE moved quickly to deport him last week. Like Beto, other  DACA beneficiaries have been deported from the country in the past despite their eligibility for the program. These actions remind us we must continue working to hold the Department of Homeland Security and its sub-agencies (ICE, USCIS and CBP) accountable for targeting DACA recipients and all other non-citizens at risk of deportation.

For us at OCAD this moment is a reminder that the struggle for dignity and justice is far from over. We continue to honor the fight of undocumented youth and their success in pushing the Obama administration to make DACA a reality in 2012 through their fearless organizing and the ongoing lead of the new generation of undocumented youth that are pushing us to take bolder steps toward abolishing ICE, CBP, and the Police. We will  continue to push for meaningful changes  that permanently protect  ALL of the undocumented community, not just the “good immigrants.” We know that radical and meaningful change will come from the most marginalized communities and we follow the leadership of the Black Liberation Movement. We know that together we will create a more just world that centers the liberation of all our communities.