November 7, 2020
Movement Did This; Our Next Targets Are Clear.
As an undocumented-led collective in the city of Chicago, we will take a moment to breathe and cherish this moment as we prepare to continue the ongoing radical grassroots organizing happening throughout the city. Trump is on his way out of office. However, we know that the same racist and inhumane structures of this capitalist empire are still up and running. 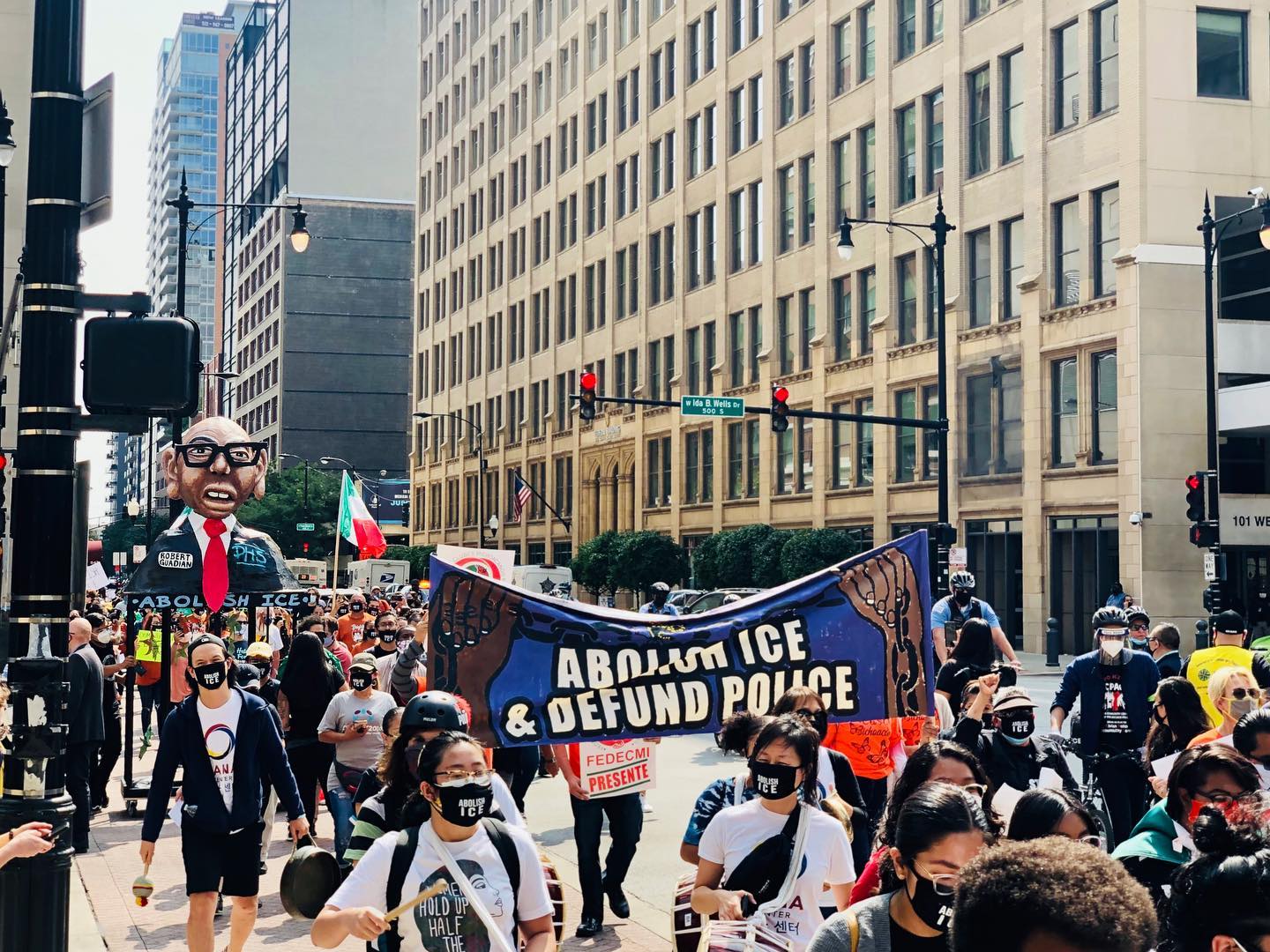 It is with a critical mindset that we receive the news of Biden becoming president of the United States. His victory is the result of organizers, artists, and people who, despite countless acts of voter suppression, fought to ensure we would no longer have a Trump Administration. As an undocumented-led collective in the city of Chicago, we will take a moment to breathe and cherish this moment as we prepare to continue the ongoing radical grassroots organizing happening throughout the city.

Trump is on his way out of office. However, we know  that the same racist and inhumane structures of this capitalist empire are still up and running. This moment is a reminder for us to not fall in the illusion of a more humane system but instead continue to use our radical imagination to create new realities and dismantle these harmful structures once and for all.

These past four years we have felt the extreme harm that can be done to our communities by someone in power who’s only there to carry out a white supremacist agenda. We have felt  how the government of this nation is built to uphold white supremacy, it’s built to elect fascists like Trump, and it’s built in a way that allows a few people to have control over the lives and futures of millions of people. But just as repressive policies and state violence have continued to rise, so is the resistance of the people continuing to increase. The government’s negligent response to the pandemic, has mobilized people to strengthen mutual  support networks, which have reminded us that WE ARE WHAT WE NEED. We  can thrive as a community when we organize and trust our radical imagination and hearts.

Biden in office does not mean more safety for us, and we are not going to let our guards down. There’s a lot of harm that needs to be repaired, and a lot more structures that need to be dismantled. Our loved ones are still locked up, they are still being deported, they are still being murdered, and we know this is not the time to lower the pressure but rather to level up and improve our tactics. We will continue to be in solidarity with the Black Liberation Movement, demanding the to defund and abolish the police. We will also continue to call for the abolition of ICE, CBP, and prisons. Because we believe in our people, collectively healing and collectively creating new realities.