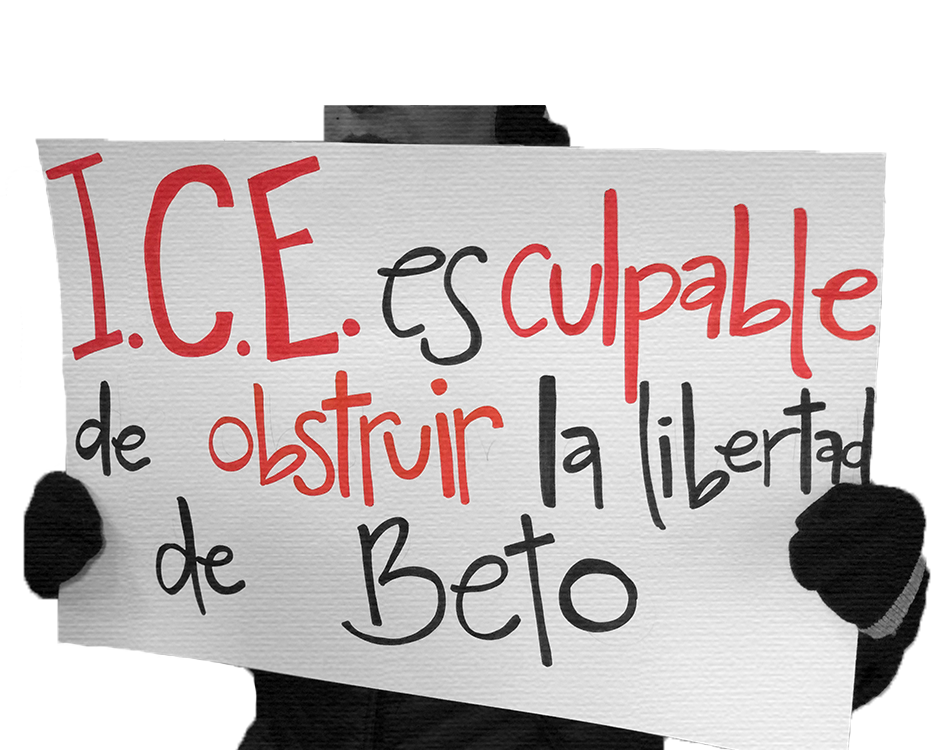 Today marks the ninth year since the DACA program was created as a result of undocumented youth organizing and demanding Deferred Action for those in deportation. On this day, we want to remember DACA recipients who have been deported. One of them is Beto, who five days ago, on June 10th, marked one year since he was deported in retaliation for the organizing that he and his community led to stop his deportation. From organizing inside detention to improve the conditions, to filing a federal lawsuit against DHS, Beto and his community did not stop seeking justice. ICE’s only response was a sudden and unexpected deportation, an act which will not stop us from pursuing justice for Beto and everyone else deported.

Today we want to highlight the ways government institutions like ICE operate without any supervision, and carry out racist and xenophobic tactics as part of a larger agenda against BIPOC communities through enhanced militarization and surveillance.

Beto should still be here today. Millions of people deported should still be here today. As we move forward in demanding justice and protection for our undocumented communities we expect this administration to address the harms already perpetrated by deportations. Simply “legalizing” the few that have been fortunate to not be entrapped by ICE is not enough. This new Administration must address and repair the harm that has been done by the crimmigration machine. We will continue to seek investment in the well-being of all migrant communities, and not in their punishment, until we can bring our people home and abolish ICE.